An Introduction to NativeScript

In this article, we're going to take a look at NativeScript, an open-source framework for building mobile apps with JavaScript. At the end of the article, you should have a pretty good idea of what NativeScript is, how it works, and what technologies it uses. Aside from that, we're also going to answer common questions that you might have when exploring a new technology, such as how it differs from alternatives like Cordova and React Native, and how Telerik is involved in the project.

NativeScript is a framework for building cross-platform native mobile apps. It allows developers to use XML, CSS and JavaScript to build apps for Android, iOS, and even the Windows Universal Platform. Unlike Cordova, which uses WebView for rendering the UI of the app, NativeScript uses the native platform's rendering engine, which means that it provides a truly native user experience.

Of course, there's a lot more going on behind the scenes, but the developers at Telerik explain it better than I can, so if you want to learn more about the inner workings of NativeScript, you can read the article by Georgi Atanasov on NativeScript - a Technical Overview or TJ VanToll's article on How NativeScript Works.

5. What Technologies Does It Use?

With NativeScript, you use XML to describe the UI of the app, CSS for styling, and JavaScript to add functionality.

You can use TypeScript with Angular 2 if you prefer to use a framework for authoring your JavaScript code.

For styling, NativeScript only uses a subset of CSS. This means that not all CSS features that are available in a browser environment can be used. For example, you cannot use floats or position attributes. Here's the full list of supported CSS properties. Just like in the browser, you can add styles that apply to the whole app, to specific pages, or to a specific UI component only. If you prefer to use Sass, you can install the NativeScript Dev Sass plugin.

For describing the structure of the user interface, you use XML. Each page in the app should be in its own XML file. NativeScript comes with pre-defined user interface widgets or components which you can use to build the UI of the app. Some of these components are similar to the different HTML elements that you use in the browser.

Another thing to note is that the components also serve as templates. If you're familiar with templating libraries such as Handlebars or Mustache, you should be at home with the following syntax:

This outputs each item in the array inside the ListView.

Lastly, there are plugins which allow you to access the device hardware and platform-specific features. NativeScript comes with a camera plugin pre-installed. This allows you to access the camera of the device and take photos. You can then save the local path to the photo in your app for later use. Platform-specific features such as social sharing can also be used by installing plugins such as the NativeScript Social Share Plugin.

6. What Apps Can You Build?

When it comes to the kinds of apps that you can build with NativeScript, the only limiting factors are performance and plugin availability. Writing native mobile apps in JavaScript comes with a price: you can't really expect to build apps that demand high performance. Examples include games with complex graphics and animations, apps with lots of moving parts, and background processes.

Another limitation is plugin availability. Most developers come to NativeScript from a web development background. This means that most of them aren't familiar with or have limited knowledge of the native platform APIs which could be used to create plugins to access the device hardware or platform-specific features such as contacts or messaging.

If you want to learn more about what kinds of apps you can build with NativeScript, you can check out the App Showcases page. Most of the apps that are listed in there are published on both the Google Play Store and Apple Store. This means that you can install it and run it on your device to get a feel of what apps built with NativeScript look like and how they perform.

7. How Does NativeScript Compare to Hybrid Frameworks?

To sum it up, Cordova is the old generation of hybrid mobile app frameworks. It uses the WebView to render the UI of the app and accesses native device capabilities by means of plugins. React Native and NativeScript are the new generation because they translate your JavaScript code so that it can be executed by the native platform.

Somebody might come up with a better name for frameworks like React Native and NativeScript in the future. But for now let's classify them as "Native Hybrid Frameworks" because they both use JavaScript for authoring apps and they both offer native-like experience and performance to users.

8. How Is Telerik Involved in the Project?

Telerik is the company that created NativeScript. And, just like any other company, they need to make money in order to survive. So you might ask, if NativeScript is free and open source, how does Telerik make money from it? Well, the answer is through the Telerik Platform and Telerik UI for NativeScript.

The Telerik Platform provides developers with the tools they need to easily design, build, test, deploy, manage and measure the performance of NativeScript apps. Here are a few examples of the tools they offer:

Telerik UI for NativeScript is a set of components for building the UI of the app. NativeScript already comes with free UI components, but there are also paid UI components such as the Chart and Calendar which you can only use when you purchase it from Telerik.

If you want to learn more about NativeScript, I recommend checking out the following resources:

In this article you've learned the very basics of NativeScript. As you have seen, NativeScript is a good option for building mobile apps using the skills you already have as a web developer. I hope this article has provided you with the necessary knowledge to help you decide whether NativeScript is right for you. 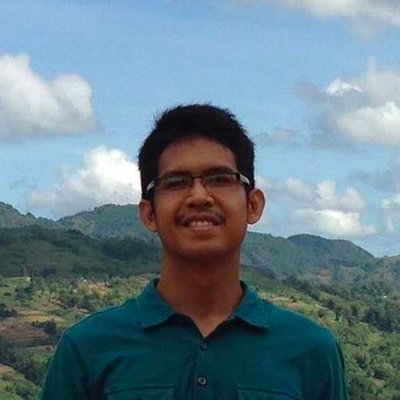