During Adobe MAX 2010 in Los Angeles, Adobe engineers demonstrated an early experiment in Flash to HTML5 conversion. This technology is now available to the public in the form of "Wallaby", an AIR application that will convert FLA files to HTML-based output to perform animations in the browser when Flash is not supported (iOS), or when HTML output is desired.

In my thinking, the initial users of Wallaby will probably be ad agencies who desire to target iOS and retain their Flash Professional tooling skills. 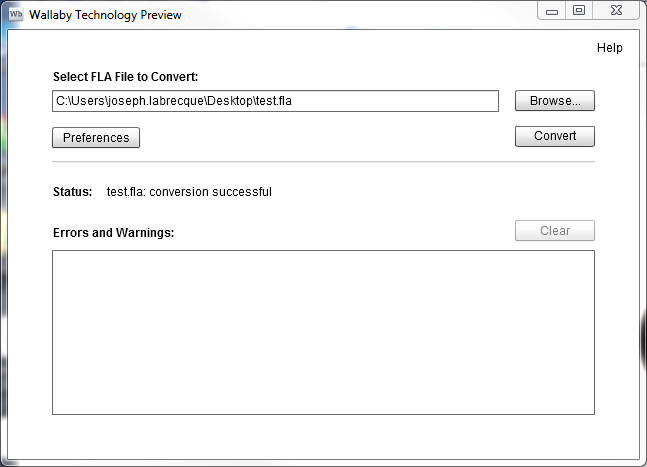 The process to convert a file is pretty straightforward: you basically point to an FLA file and hit the "Convert" button. There are definitely some important things to note though:

Will this be an asset to those of us who have begun authoring animated content on HTML through the use of SVG, CSS, and JavaScript? Perhaps more importantly, how are browser "ad blocker" add-ons going to cope with a potential flurry of HTML-based advertisements online? One last thought: who will be the first major website to author a fully HTML based "Skip Intro"?

If I remember correctly; last year around this same time, a certain high-profile CEO had the audacity to call Adobe engineers "lazy". Since that time, we have seen optimized releases for mobile and desktop of Flash Player 10.1 (with Flash Player 10.2 coming shortly!) and AIR 2.5 followed by AIR 2.6, along with the public release of the Flash Player 11 "Incubator Build" supporting "MoleHill" 3D APIs that make stuff like this possible.

Well, now we have the release of Flash Player 10.3 on Adobe Labs which includes the following enhancements: 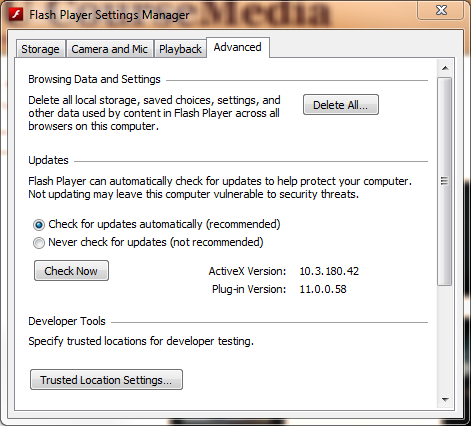 This is obviously a very privacy-heavy release with the integration of browser privacy control for local shared objects (or Flash Super-Cookies) which have gained a lot of attention over the past couple of months. It is wonderful that Adobe was able to address these concerns so quickly along with the help of browser makers. Now, so long as the browser has the proper hooks built in, wiping for privacy can cascade down into Flash storage as well. Oh yeah -- and say goodbye to that horrible Web-based Flash Global Settings panel. We are now native!

With all of the enhancements made over the past year regarding the accelerated production of Flash Player and AIR builds, the huge leaps in optimization across screens, and the recent public beta offerings Adobe has been providing... can Adobe truly be called "lazy"?

More on These Subjects: