MAX is Adobe's annual conference, where they announce their new products and acquisitions, and give us all an idea of their current strategy. Last year they announced Flash's 3D API, codenamed Molehill (now called Stage3D); AIR for TV; Edge, their new HTML5 animation tool; and more. There were also puppets. This year, long-time Activetuts+ writer Franci Zidar is at the event and will be filling us in on the details and sharing lots of photos. The second day's keynote was aimed at developers - that means Flash and HTML5 news. Read on to find out more...

The Future of Flash

Flash is taking on a whole new life. With new technologies like HTML5 and CSS3 and advances in JavaScript, a lot of rich media delivery is going to be taken over by these standards. Adobe unveiled a demo of Unreal Tournament 3 working in Flash inside the browser (see below) and talked extensively about Flash as a gaming platform on all devices in 2D and 3D. The idea is to make Flash platform the “gaming console for the web”. 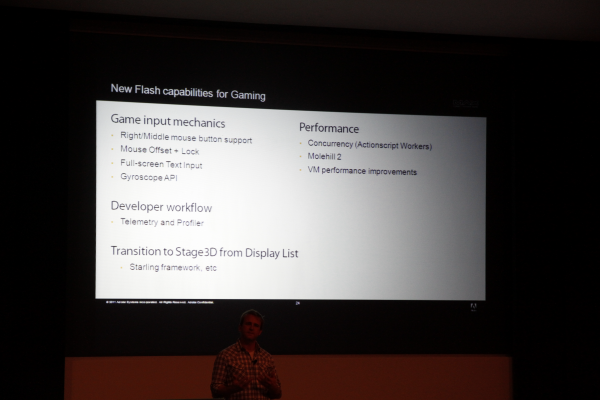 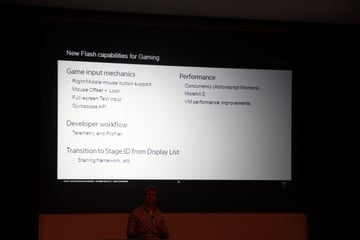 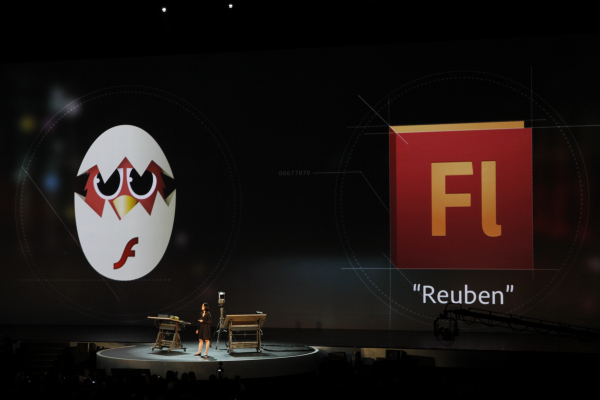 The next iteration of Flash Professional (codenamed Ruben) will also let you create sprite sheets from vector animations to get GPU accelerated animations and provide some other GPU acceleration focused improvements.


Check out Unreal Tournament running in the Flash Player (sadly not ported to AS3!)

A lot of the focus at MAX this year was on alternative technologies to Flash for rich media delivery. My guess is that you are already better off building sites requiring simple multimedia experiences with these other web standards since you'll have a much easier job deploying them for mobile devices or they might, to some extent, work on them by default.

Adobe has also proposed two new features for CSS called CSS Regions and CSS Shaders. Regions allow the creation of scalable text regions of any shape that let text flow through or around them depending on screen size and Shaders create great looking effects and transitions for HTML elements.

Here's some more info on CSS Shaders, including videos of them in action: http://www.adobe.com/devnet/html5/articles/css-shaders.html 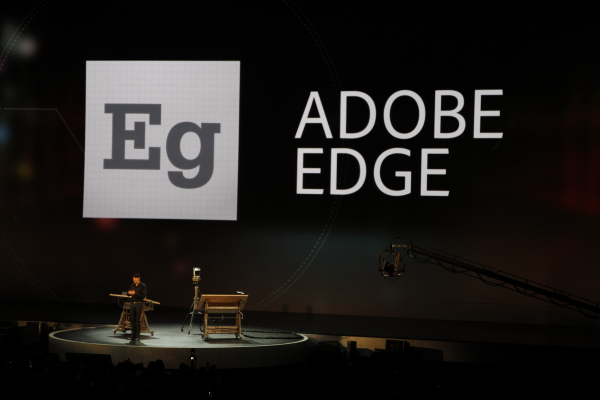 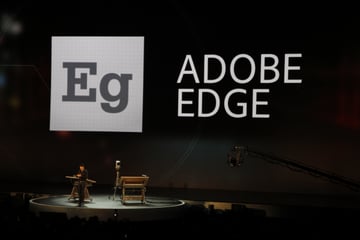 While visually more intensive web experiences would still require Flash to be built in reasonable time, since the workflows are already established, and perform well at runtime, with software like Adobe Edge and HTML5 and JavaScript rendering getting better each month this could also be changing soon. Having played a bit with Edge and seeing some demonstrations it really seems this software is currently heading in the direction of a mix between After Effects and Flash. It's still in preview stage and has limited scripting capabilities but in some ways it is quite similar to Flash.

The web is shifting again. New devices are changing the landscape for web deployment and there are a bunch of new solutions to deliver the content across all of them. HTML5 has been the buzz word for quite a while now, and while it does provide some welcome improvements and new features what is really helping developers deliver content across devices either online or offline is a combination of CSS, JavaScript and HTML. There are now many solutions for creating online content and offline apps and websites but the combination of CSS, JavaScript and HTML allows you to apply an already mastered set of skills to any of these methods of deployment. You could learn native development for Android, iOS, Windows Phone and all the other mobile platforms but that is unrealistic from the perspective of a freelance developer and hard even for a medium sized company.

So for anyone who finds this fragmented solution too much to handle, you can resort to new technologies like jQuery Mobile, PhoneGap, jQTouch, CSS3, HTML5 and others. All of these are incorporated in the new Dreamweaver so you can build websites for multiple platforms test them at different resolutions and orientations (landscape and portrait) and even deploy applications directly to Android or iOS. 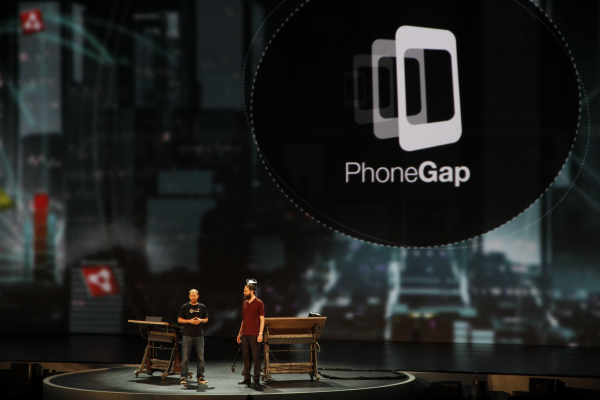 PhoneGap is especially interesting since it allows developers to tap into native extensions of all major mobile platforms giving you access to things like geolocation, accelerometer, camera, dialer and many other phone features that were until now only available to native applications. Using PhoneGap it's now easier than ever to build cross platform apps and websites that take full advantage of the mobile capabilities all with JavaScript, CSS and HTML.

Get Your Hands on the New Toys

For more information about everything announced on Day Two - as well as download links for AIR 3 and Flex 4.6 pre-release - head to http://adobe.com/go/maxday2