A Beginner’s Guide to Design Patterns

What are Design Patterns?

There are three basic kinds of design patterns:

Structural patterns generally deal with relationships between entities, making it easier for these entities to work together.

Creational patterns provide instantiation mechanisms, making it easier to create objects in a way that suits the situation.

Behavioral patterns are used in communications between entities and make it easier and more flexible for these entities to communicate.

Why should we use them?

Design patterns are, by principle, well-thought out solutions to programming problems. Many programmers have encountered these problems before, and have used these 'solutions' to remedy them. If you encounter these problems, why recreate a solution when you can use an already proven answer?

Let's imagine that you've been given the responsibility of creating a way to merge two classes which do two different things based on the situation. These two classes are heavily used by the existing system in different places, making it difficult to remove these two classes and change the existing code. To add to this, changing the existing code requires that you'll also need to test any changed code, since these sorts of edits, in a system which relies on different components, almost always introduce new bugs. Instead of doing this, you can implement a variation of the strategy pattern and adapter pattern, which can easily handle these types of scenarios. 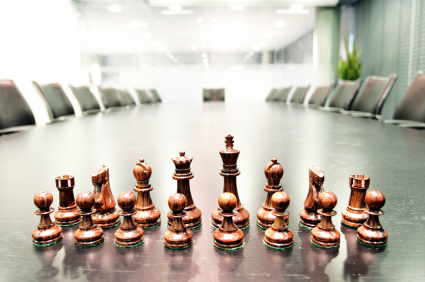 The strategy pattern is a behavioral design pattern that allows you to decide which course of action a program should take, based on a specific context during runtime. You encapsulate two different algorithms inside two classes, and decide at runtime which strategy you want to go with.

In our example above, the strategy is based on whatever the $context variable was at the time the class was instantiated. If you give it the context for class_one, it will use class_one, and vice versa.

Cute, but where can I use this?

Imagine that you're currently developing a class which can either update or create a new user record. It still needs the same inputs (name, address, mobile number, etc.), but, depending on a given situation, it has to use different functions when updating and creating. Now, you could probably just use an if-else to accomplish this, however, what if you need to use this class in a different place? In that case, you'll have to rewrite the same if-else statement all over again. Wouldn't it be easier to just specify your context?

Now, the "usual" strategy pattern involves encapsulating your algorithms inside another class, but in this case, another class would be wasteful. Remember that you don't have to follow the template exactly. Variations work as long as the concept remains the same, and it solves the problem.

The adapter pattern is a structural design pattern that allows you to repurpose a class with a different interface, allowing it to be used by a system which uses different calling methods.

This also lets you alter some of the inputs being received from the client class, making it into something compatible with the adaptee's functions.

How can I use this?

Another term to reference an adapter class is a wrapper, which basically lets you "wrap" actions into a class and reuse these actions in the correct situations. A classic example might be when you're creating a domain class for table classes. Instead of calling the different table classes and calling up their functions one by one, you could encapsulate all of these methods into one method using an adapter class. This would not only allow you to reuse whatever action you want, it also keeps you from having to rewrite the code if you need to use the same action in a different place.

In this situation, we have a wrapper class, which would be our Account domain class:

This way, you can use your Account domain again whenever you need it—plus, you'd be able to wrap other classes under your domain class as well. 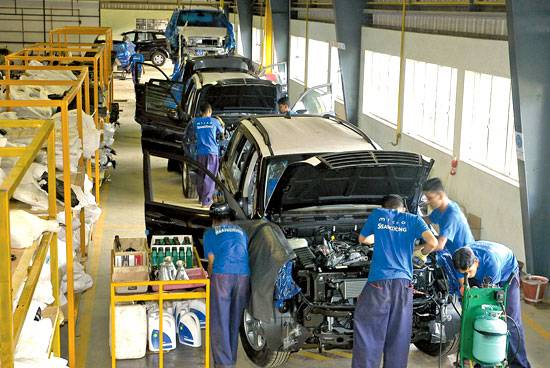 The factory method pattern is a creational design pattern which does exactly as it sounds: it's a class that acts as a factory of object instances.

The main goal of this pattern is to encapsulate the creational procedure that may span different classes into one single function. By providing the correct context to the factory method, it will be able to return the correct object.

The best time to use the factory method pattern is when you have multiple different variations of a single entity. Let's say you have a button class; this class has different variations, such as ImageButton, InputButton and FlashButton. Depending on the place, you may need to create different buttons—this is where you can use a factory to create the buttons for you!

Now, we can create our factory class:

The output should be the HTML of all your button types. This way, you would be able to specify which button to create depending on the situation and reuse the condition as well. 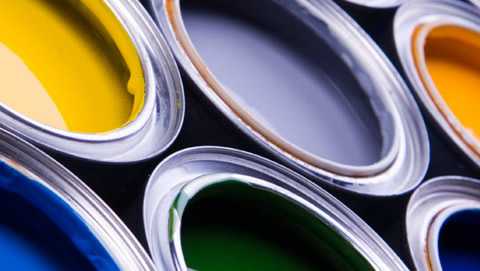 The decorator pattern is a structural design pattern which enables us to add new or additional behavior to an object during runtime, depending on the situation.

The goal is to make it so that the extended functions can be applied to one specific instance, and, at the same time, still be able to create an original instance that doesn't have the new functions. It also allows for combining multiple decorators for one instance, so that you're not stuck with one decorator for each instance. This pattern is an alternative to subclassing, which refers to creating a class that inherits functionality from a parent class. As opposed to subclassing, which adds the behavior at compile time, "decorating" allows you to add new behavior during runtime, if the situation calls for it.

To implement the decorator pattern, we can follow these steps:

Once we've established our decorations, we can start programming them.

We should then be able to use it like so:

We can see here how we are able to combine multiple decorators if we need them. Since all the decorators use the __call magic function, we can still call the original function's methods. If we assume that we are currently inside the home page and logged in, the HTML output should be:

This makes it easier to set up a point of "coordination" for other objects that use the singleton instance as well, since the singleton's variables will always be the same for anything that calls it.

If you need to pass a specific instance from one class to another, you can use the singleton pattern to avoid having to pass the instance via constructor or argument. Imagine that you have created a Session class, which simulates the $_SESSION global array. Since this class will only need to be instantiated once, we can implement a singleton pattern like so:

By doing this, we can access our session instance from different parts of our code, even in different classes. This data will persist throughout all getInstance calls.

There are many more design patterns to study; in this article, I've only highlighted some of the more prominent ones that I use when programming. If you're interested in reading about the other design patterns, Wikipedia's Design Patterns page has a plethora of information. If that's not enough, you can always check out Design Patterns: Elements of Reusable Object-Oriented Software, which is considered to be one of the best design pattern books available.

One last thing: when you use these design patterns, always make sure that you're trying to solve the correct problem. As I mentioned previously, these design patterns are a double-edge sword: if used in the wrong context, they can potentially make things worse; but if used correctly, they become indispensable.

If you found this tutorial useful, why not check out the range of PHP scripts on Envato Market. There are thousands of useful scripts that can speed up your development and help you achieve better end results. You can find booking systems, AJAX contact forms, newsletter systems, and much more.

GeneralWeb DevelopmentDesign Patterns
Did you find this post useful?
Yes No
Would you like to provide feedback (optional)?
Cancel Submit
Want a weekly email summary?
Subscribe below and we’ll send you a weekly email summary of all new Code tutorials. Never miss out on learning about the next big thing.
Sign up

Nikko Bautista
I'm Nikko Bautista. By day, I work as a software engineer at Bright.com, where we make hiring smarter, faster, and cheaper. By night, I develop web applications and write tutorials for Tuts+. I was born and raised in the Pearl of the Orient, the Philippines. In 2012, I moved halfway across the world and ended up in the heart of downtown San Francisco, where the culture and energy are unparalleled. It is, without a doubt, the best place to be an engineer. I specialize in PHP and PHP frameworks. I have experience with Symfony, Zend Framework, CodeIgniter, FuelPHP, and Laravel. I like creating and maintaining developer-friendly APIs. I also have expertise in third-party APIs from Facebook, Twitter, Google, and other platforms. I often explore new technologies, frameworks, and web services by building web applications that use them. Tuts+ allows me to share what I've learned with the world. In my free time, I love learning and reading about new technologies, innovations and the web. I also enjoy trying new restaurants, taste testing whiskies, taking long walks, and cooking new recipes.
Looking for something to help kick start your next project?
Envato Market has a range of items for sale to help get you started.