Curious about 3D game development? Now is the time to learn! This five-part tutorial series will demonstrate how to build a simple game with ShiVa3D Suite, a cross-platform 3D game engine and authoring tool. This is the third installment of the series, where you will learn how to edit the scenes of a game and begin coding AI Models.

Developing the Game in the ShiVa Editor - Continued

In part 2, we started by describing how to develop the game using ShiVa Editor. We introduced the ShiVa Editor modules used in developing the tutorial application, and we talked about the Collada model files representing the main characters in the application. We then discussed some initial steps necessary to create the application, such as creating the game and the scene and importing the Collada models. In part 3, we will show how to edit the scene of our application. We will also start entering the code for the AIModels of the game. In particular, we will enter the code for the DuckAI.

We will now set various properties of the scene.

We assume that the image file marble.jpg has been copied under the folder named D:\temp\skybox. In your environment, if you copy the file to another location be sure to change the instructions below accordingly.

In the DataExplorer, go to Import -> Texture. In the dialog, select the file as shown below and click Import. 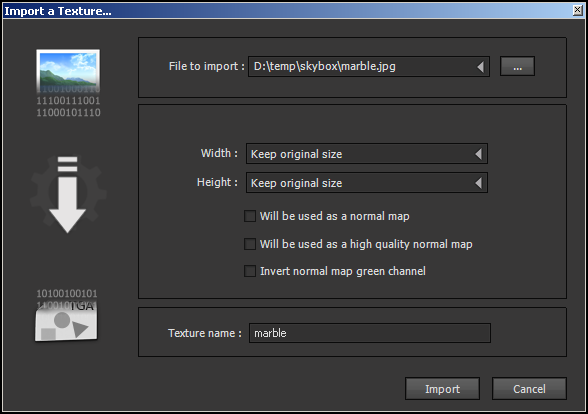 Now, in the DataExplorer's Textures folder, you should see a texture named marble.

Let's edit various attributes of the scene using the Ambience Editor. Bring up Ambience Editor and Data Explorer side by side and double click on MyScene in the Scenes folder. At this point, you may be prompted to save the scene, as shown below. Click yes and dismiss the dialog.

Now, the Ambience Editor and Data Explorer should look side by side as follows.

In Lighting section, adjust the Skylight color to obtain a fading yellow tone as shown below. 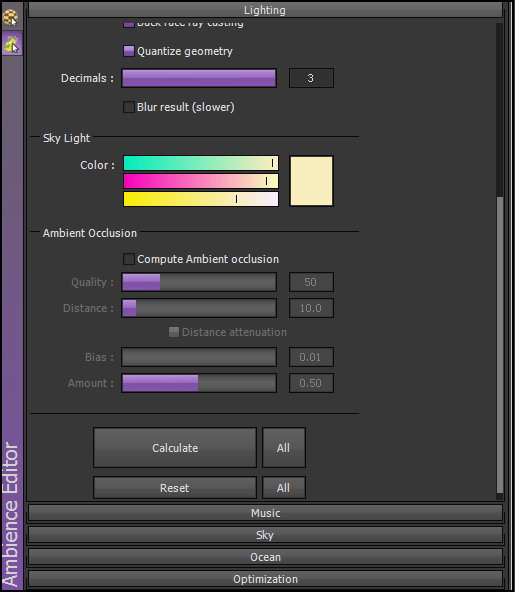 For each of the skybox elements in the Sky section, select the marble. 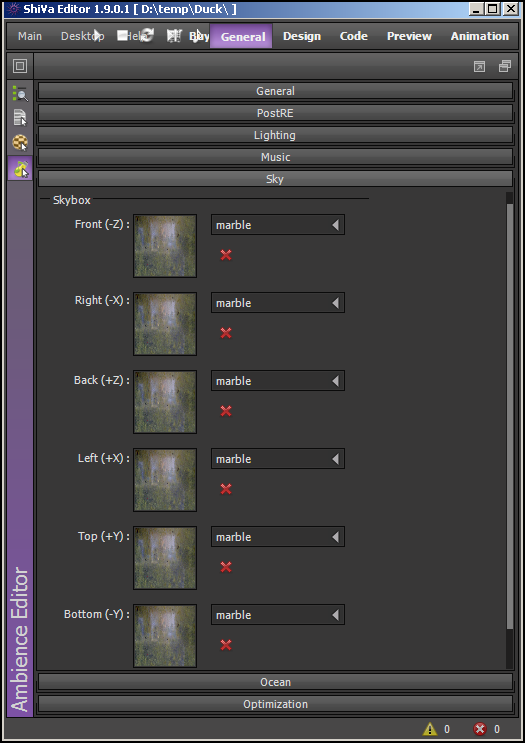 We will now add a tag to egg. (An object can be searched and located in a game programmatically based on its tag.) Bring Scene Explorer and Data Explorer side by side. On Data Explorer, select Duck -> Scenes -> MyScene and double click. At this point, you may be prompted to save MyScene as follows. Click yes and dismiss the dialog.

Figure 40. Save Prompt for MyScene

In the Scene Explorer, highlight the sphere and from the right-click menu select the Edit Selection Tag. In the dialog, type 'egg' for the tag. Those steps are shown in the two consecutive images below. 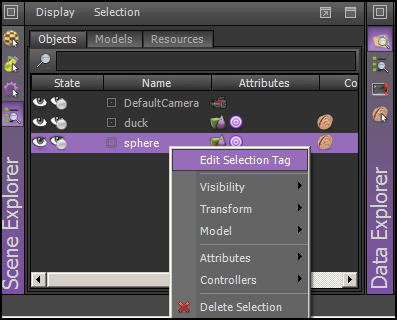 We will now create the AIModels and the associated code for our game. Recall from previous discussion that the AIModels represent the behavior of the objects in a game. The Duck and the Egg will each have their own AIModels, DuckAI and EggAI respectively. In addition, the game itself will have its own AIModel, called MainAI. The MainAI will be responsible for initializing the camera and the scene as well as processing and dispatching user events.

Let us first review some of the concepts pertaining to AIModels, borrowing information from the ShiVa Editor help documentation. 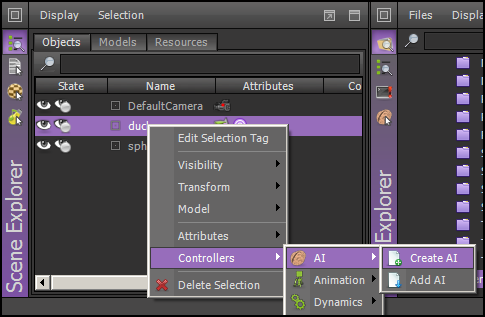 Name the AI as DuckAI in the dialog as shown below and press OK.

Figure 44. Create Dialog for the DuckAI 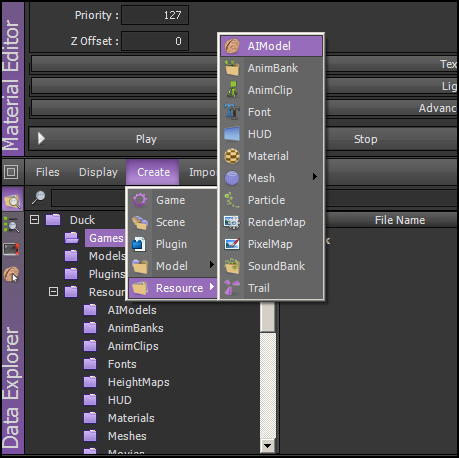 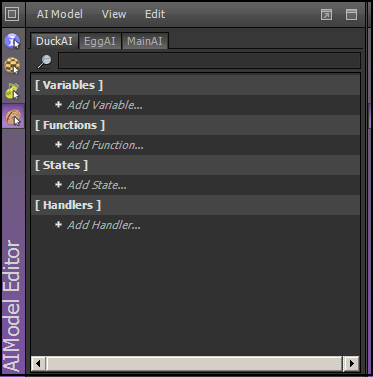 Enter Variables and Code for the DuckAI

On the DuckAI tab, click Add Variable and add a variable of type boolean. Name it isPositive with true being the initial value (shown below). Click OK to dismiss the dialog.

Similarly, add a variable named 'score' where the type is 'number' and the initial value is 0. Even if you type it as 0, the variable will be initialized as a float, i.e. 0.000. 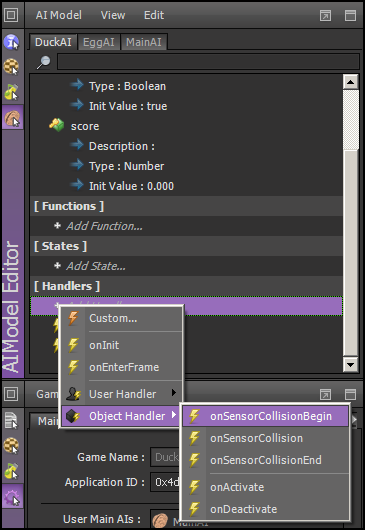 Figure 50. Adding a Handler for the Collision Sensor

Now, the DuckAI tab will look like the following. 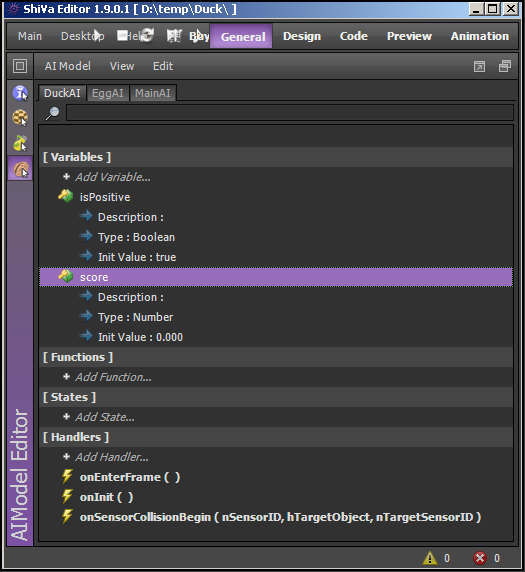 Copy and paste the following in the script editor, completely replacing the existing code (a review of the code will be given in a later section). In the Script Editor click Control+S to save the script.

In a similar way, replace the code for onEnterFrame as follows.

Then, replace the code for onSensorCollisionBegin with the following:

Now we're finished with the variables and code for DuckAI.

In part 3, we showed how to edit the scene of our application. We also started entering the code for the AIModels of the game. So far, we have completed the code for the DuckAI. In part 4, we will finish coding for the remaining AIModels, EggAI and the MainAI, and perform unit testing by animating the game. We will then export the game from the ShiVa Editor for importing into the Shiva Authoring Tool. Finally, we will discuss two different authoring options in the Shiva Authoring Tool, one for generating an Android executable and another one for generating an Eclipse project.