You can find a good tutorial on just about any subject of web development, but great video tutorials are much less common. Here are a few great tutorials that any developer can use to brush up on various topics like iPhone development, frameworks, jQuery, CSS and more.

KillerPHP has compiled a simple, informative screencast on how to create a tidy little "Hello world" PHP script. Great for novices and those wanting to brush up on their PHP practices. 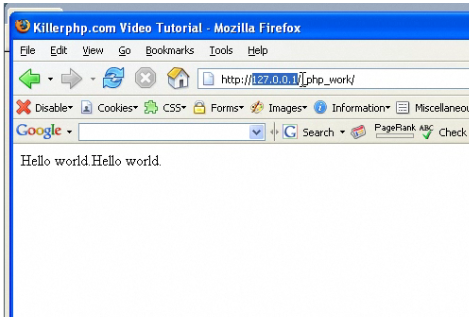 2. How to Install Wordpress Locally

Nearly every developer has, at some point, hacked a Wordpress theme or plugin in their day. Here's a simple tutorial on how to install Wordpress locally using XAMPP.

Popular IDE NetBeans is a great choice for developing many types of sites and services, and this tutorial showcases the speed and ease creating a web service with NetBeans is. If you haven't considered using an IDE like NetBeans to help you write your projects, this video might inspire you to check it out.

Object-Oriented PHP (OOP) is, in most cases, the best way to write a PHP application. But you don't have to take our word for it. KillerPHP has a screencast outlining why you should use OOP in your PHP projects, and goes over some of the core concepts behind OOP in general.

ThemeForest has an incredible video series on jQuery for Beginners by NETTUTS' editor Jeffrey Way. The series spans 15 videos, and no stone unturned for learning the nuts and bolts about jQuery. 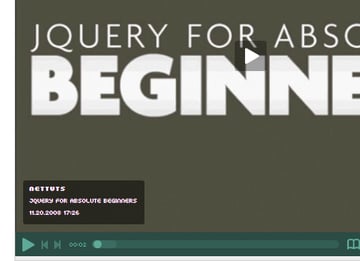 6. How to Create a Wordpress Plugin

WeblogTools has a great 4 minute video on how to create a simple Wordpress plugin. This is by no means a comprehensive tutorial, just a little teaser to whet your appetite for creating Wordpres plugins.

Authlogic, a robust Rails authentication system, is a great resource for creating user areas and things that require permissions in Rails. However, because Authlogic has so many complex aspects, it's great to have a veteran Rails programmer like Ryan Bates walk through the basics and some more advanced uses of Authlogic.

If you're wanting to become an ASP.NET developer, this 39-minute video tutorial will run you through the basics of Microsoft Visual Web Developer. Learn how to install the application and use the basic features of the IDE.

Another excellent screencast by Ryan at Railscasts on how to integrate the popular Javascript framework jQuery with Ruby on Rails. 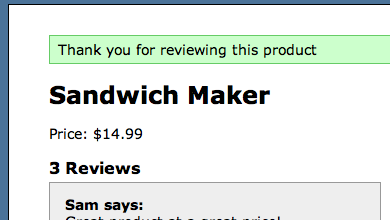 10. Getting Started with Dreamweaver CS3

Dreamweaver is the weapon of choice for many web developers, but it can have a bit of a learning curve for beginning users. This interactive screencast series by Adobe has videos of nearly every aspect of setting up an environment to work on a sample site.

Adobe AIR has had a lot of popularity lately as a cross-platform desktop development environment. Check out the stellar 42- minute presentation by Oliver Goldman on how to create high-performance AIR applications.

Databases are usually the first places to check for applications that aren't normally running fast. MySQL employee Jay Pipes gave a talk at Google on best practices for fine-tuning MySQL performance that is definitely worth a watch.

13. An Introduction to Database Programming with Python

An excellent, small, 5-part video series on how to start database programming with Python. (Be sure to crank the volume as it's a tad low by default.) 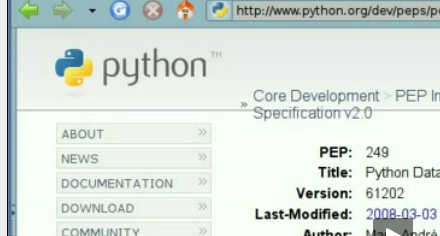 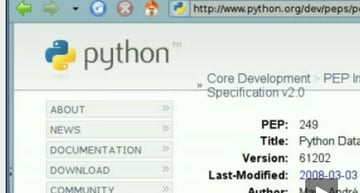 CSS-Tricks has an in-depth tutorial on how to use jQuery and three jQuery plugins to add some major GUI muscle in forms. Learn how to show and hide inputs, validate data and submit via Ajax.

Django is a popular web framework for Python, and has seen explosive growth in the past few years. Douglas Napoleone of the Python Software Foundation has a 6-part tutorial on how to program with the Django framework. Runtime is 20:15.

16. How to Use Firebug for CSS

Kristarella has a 6-minute overview of what the Firefox extension Firebug can do for checking under the hood of a website's CSS.

Many web developers are making their bacon developing iPhone applications. iPhone Development Central has a tutorial for beginners to learn the ropes of basic iPhone programming.

CodeIgniter is fast becoming one of the most-popular PHP frameworks, thanks to it's svelte code base and easy-to-understand approach to developing PHP applications. Here's a demo from the CodeIgniter team on how to create a simple "Hello World" application with the framework.

Aside from CSS, Firebug can also debug Javascript quite well, all from within the Firefox browser. Here's a quick tutorial on how to make sure your Ajax applications are running smoothly with Firebug.

Komodo is a popular IDE for dynamic languages. You can check out this walk-through of the features in Komodo that allow you to quickly create Rails applications.

A very basic overview of how CSS works from the Adobe Workshop. Runtime is 3:43.

Learn how to create a simple wiki in Django with pretty URLS, interact with the database and learn about the Django template library.

CSS3 has found support with many of the modern web browsers, and can do much more than the previous version of CSS. Chris Coyier of CSSTricks shows us all of the new possibilities that are available with the CSS3 specification in a 51-minute screencast.

24. The Essentials of DOM and Javascript in 10 Minutes

Learn the basics of using Javascript to access and modify the DOM (Document Object Model) in only 10 minutes. A perfect starter screencast for beginners.

25. Using Scaffolding and Bake in CakePHP

CakePHP is another popular PHP framework that has gotten a lot of attention as a "Rails substitute" for PHP. Here's an in-depth screencast on how to use some of CakePHP's most important features: scaffolding and bake.

26. A Lesson Learned in Accessibility

Mozilla Labs has a 93-minute tutorial on how to go "Zero to 'Hello Word' in 90 minutes" creating a Firefox extension. The audio quality isn't fantastic, but the tutorial files and accompanying PDF is great for those getting started with developing Firefox extensions.

Learn how to get started developing Google Android applications with Eclipse and the Java SDK. Running time is 9 minutes.

Two Facebook developers have a tutorial on how to publish data from your site to the Facebook Feed, all through Facebook Connect. With a few simple lines of Javascript from the Facebook Developer Platform, your site visitors can have the option to cross-post comments and other data with a popup window. 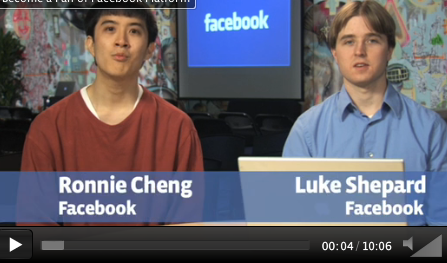 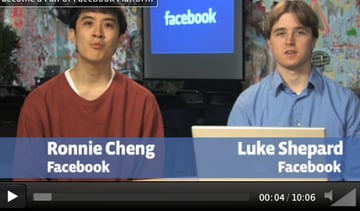 If you're wanting to do some advanced processing on RSS feeds, Yahoo! Pipes has some modules that can do almost anything you can think of to alter or filter an RSS feed. String Concatenate is one of those modules, and Tubetorial has a screencast on how to use the module to modify RSS feed data.