20 Ruby on Rails Tuts to Rule Them All

Today, we'll review twenty incredible Ruby on Rails tutorials that every developer should consider reading. Whether you're a beginner who prefers video tutorials or an experienced dev, you'll find an applicable tutorial here!

If you're going to have to learn a brand new language, why not learn it interactively? The Try Ruby! hands on tutorial is a step-by-step guide that shows you the basics of the Ruby language in 15-minutes. While it's not strictly a Rails tutorial, it's best to know the basics of Ruby before you dive right into the Rails framework.

2. Getting Started with Rails

This is the definitive tutorial on Rails. Written by the Rails team themselves, the tutorial shows you how to make a simple blog application. Simple, well documented, and perfect for beginners.

If you're a Rails developer, a Mac is an excellent choice for development as Rails comes shipped with Leopard. In fact, installing Rails on a Mac is as simple as typing:

and you're ready to start building apps.

Apple has a lengthy document on the benefits of using a Mac for Rails development, as well as code examples and best use cases. The tutorial is a tad dated, but the guts of the article are timeless with respect to technologies and methods used.

If you've got a whole day set aside to learn Rails, the One-Day Rails course from UC Berkeley is fantastic. The learning course is broken down into 7 one-hour installments, and gives you the basics of Rails.

Again, not a true Rails tutorial, Why's (Poigant) Guide to Ruby is a fantastic and, ahem... odd way to learn Ruby. In fact, the free guide is so bizarre that I found it more useful than other learning resources because of its wit.

I’ll be straight with you. I want you to cry. To weep. To whimper sweetly. This book is a poignant guide to Ruby. That means code so beautiful that tears are shed. That means gallant tales and somber truths that have you waking up the next morning in the arms of this book. Hugging it tightly to you all the day long. If necessary, fashion a makeshift hip holster for Why’s (Poignant) Guide to Ruby, so you can always have this book’s tender companionship.

Railscasts has an excellent screencast on how to manage complex use cases of Authlogic. The screencast runs just over 14 minutes long.

7. Ruby on Rails on Oracle: A Simple Tutorial

Rails is an easy framework to work with, but like any technology it takes time to master.

Oracle has a hands-on tutorial on how to build a simple product catalog with Rails with an Oracle database. 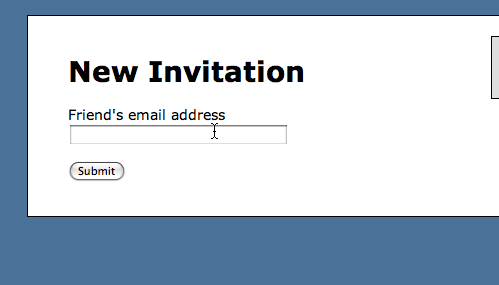 If you're building a web application that you want to marinate in "beta" status for a while, then you'll probably want to construct some sort of beta invitation system. Railscasts has an excellent 22-minute tutorial on how to set up beta invitations. It's easier than you might think.

For Rails newbies, migrations might be difficult to wrap your head around.

Migrations are a convenient way for you to alter your database in a structured and organized manner.

The Rails team has crated a nifty tutorial on everything migrations, like how to create migrations from within your application, and how to use them to their full potential.

Routing is another key aspect of Rails, and the ThinkFresh blog has a thorough tutorial on everything you need to make routes work from within your application. A great starter guide for Rails beginners. 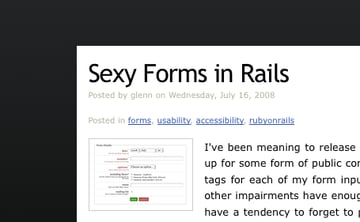 If you're not keen on making every single form by scratch, check out RubyPond's Sexy Forms in Rails. The tutorial shows how to build forms without having to fill in labels or worrying about formatting.

The tutorial eventually led to FormBuilder, a custom builder for creating accessible forms in Rails. 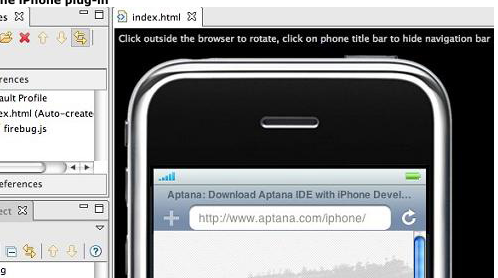 Developing iPhone Apps Using Ruby on Rails is a three-part series by IBM. It covers things like setting up your development environment (the authors use Eclipse with the Aptana plugin), serving mobile content and how to detect iPhone browsers.

God, (at least in Ruby terms), is a monitoring framework for Ruby applications. It monitors things like server processes and running tasks, to make sure that your application runs smoothly on your server.

Aside from server monitoring, you can use God to monitor other features of your Ruby apps as well. There's a pretty heady tutorial on how to monitor the Ruby job processing daemon BackgrounDRb. You can build upon this tutorial to keep tabs on other aspects of your application as well.

Ruby on Rails is vulnerable to the same security problems that all other web apps can potentially have. The Rails team has put together a long guide on nearly all aspects of Rails security. Learn about popular injection methods, Rails-specific problems and how to effectively handle sessions.

As the web becomes more connected and in real-time, more applications are starting to utilize IM functionality. Rubypond has a tutorial on how to make an IM bot using Ruby, and then how to interface the bot with Rails.

The tutorial is definitely for those with at least an intermediate understanding of Ruby and Rails.

NetBeans, the popular Java IDE, has a tutorial on how to use the Java API in Rails applications. This is an advanced tutorial, and only for those very familiar with both Java and Rails.

As sites become more and more social, the demand for those social features in Rails applications will also go up. Here's a tutorial on how to build aspects of a social networking site using social networking plugins for Rails. You can pick and choose which features you'd like to add or leave in the tutorial.

18. How to Run a Stealth Rails Application

Aside from being a killer billing solution, Freshbooks is a Rails application that tries to seem like a PHP application. In fact, they say they can pull it off with a single line of code in the routes.rb file:

With high-profile Rails sites like Twitter taking a toll on scalability last year, the public has consistently asked the question: Will Rails scale?

Scaling Rails is a video series on how to effectively scale your Rails app through 13 screencasts. You'll learn multiple types of caching and database optimization techniques, as well as how to optimize database structures.

20. Dropping and Sorting with Ajax and Scriptaculous

The name of this tutorial says it all. Learn how to write draggables and sortables with Rails and Ajax. The article has coding examples and can easily be followed by a Rails beginner.