10+ Reasons Why you Should Definitely Upgrade to Windows 7

I’m a PC, and I’ve always been one. That’s why I’m excited about the late release of Windows 7. I’ve been playing with the beta and release candidate for 10 months now, and for the last few months, I’ve been running Windows 7 exclusively. So let’s see what Microsoft’s latest offering is all about! 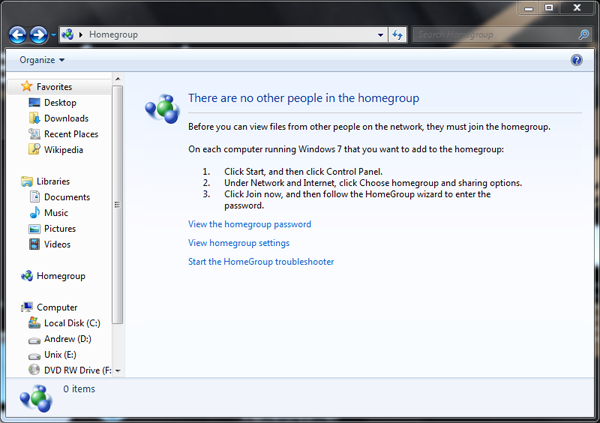 Homegroup is one of the most interesting new features in Windows 7. Setting up a home network has always been a rather tricky task, and Windows 7 is out to change that. Now, there’s no pain involved in setting up file and printer sharing between computers. Simply choose what you want to share from the PC, take the Homegroup password, and plug it into your other Windows 7 machines. You can choose which PCs get to use which files, give read-only access, and allows media streaming if you want (more on this below).

The taskbar has been part of Windows since Win95; but now, it better than ever. Hands up if you ever wanted to re-order the applications you have open; that’s what I thought. Now, you can pin applications to the taskbar as well; no it’s not quick launch. The quick launch toolbar has been retired because the whole taskbar is now quick-launch-like. 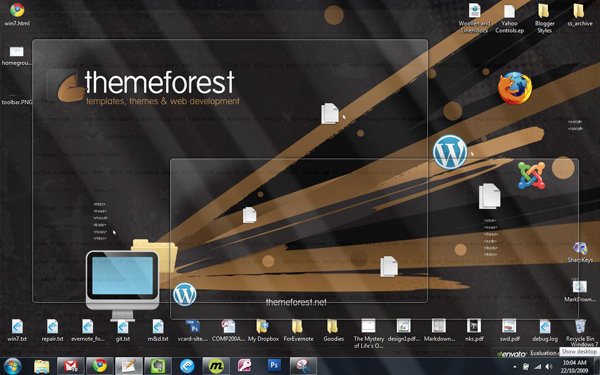 Aero was introduced in Windows Vista; you know, the transparent window borders. Windows 7 takes it all a step further. You can now hover over those taskbar thumbnail pop ups to get a view of that window only; that’s called Aero Peek. Then, you can drag individual windows to the top to maximize them, or left or right of to snap them to exactly half the screen: Aero Snap.

At first you might think this was a bad move, but I would argue otherwise. Once you figure it out, you’ll know where to go for that button. And until you try, you don’t know how easy it is to throw your cursor into the corner; no eyes necessary. And you don’t even have to click it. If you just hover there, Aero Peek will show your desktop temporarily; once you slide off the button, you’re back to work.

Libraries is one of my favorite features. How many people actually use the Documents folder (and only the Documents folder) to store your documents. Not me! Libraries lets you bring all your preferred folders together in one view; of course, you can choose which folder is the default save location. One of the sweetest parts is that you can add folder from other computers on the homegroup or network. Then, when you search the library, you get results from the other PCs as well. And it’s a cinch to share a library on the homegroup. 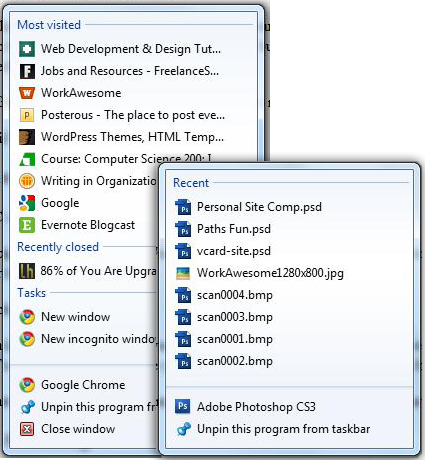 I love jump lists too, because they’re all about saving you time. Right-clicking on a taskbar icon will bring up a small menu of options, recently / frequently used files (for that app) and tasks. To be honest, part of this has to be baked in by the program’s developer, but if you’re using the right pieces, you’ll at least get the recent / frequent files. And you can pin a file to any application, making it super easy to open regularly used files.

Bonus for Gmail users: check out Gmail Notifier Plus, a nice little app that lists your unread messages for you. 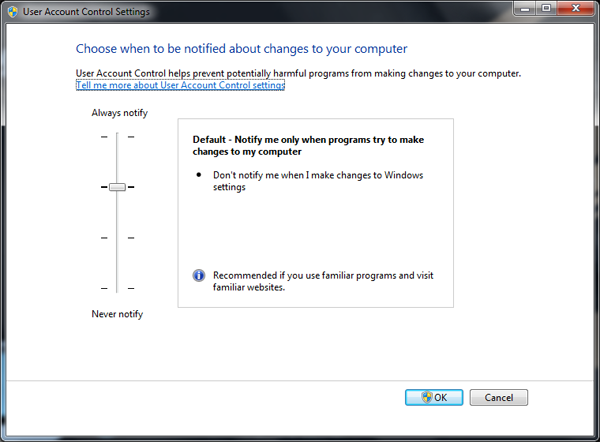 One of the biggest beefs with Vista was User Account Control. Yes, for the third time: I know I want to [insert action here]. Windows 7 makes this intrusive security feature much more friendly: you can choose your level of notification, from never to always.

For an extra layer of data security, Windows 7 offers BitLocker. Yes, it was there in Vista, but it’s now much improved and easier to use; simply right-click a drive to enable it. New to Windows 7 is BitLocker To Go, which allows you to easily encrypt portable devices like your easily lost USB keys; now you don’t have to worry about storing your sensitive data on a thumb drive.

For corporate situations, Windows 7 offers other security features like Domain Join, which easily connects you to your PC to your company network for easy working from home. 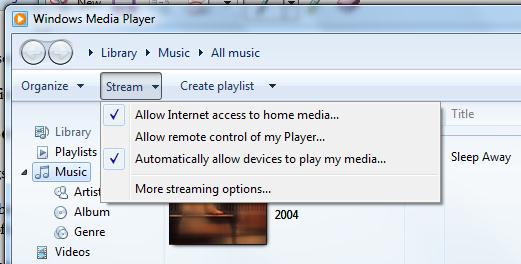 This nifty feature turns your PC into a kind of media server. You can easily share media between computers on the network, deciding which computer gets to hear/see what. It’s simple to play your media on other devices, like a home stereo system, using the Play To feature. You can even play your media over the web. Simply enable internet access to to home media. You’ll need to install the Windows Live Sign-in Assistant, and you’ll need a Windows Live Account, but that’s not much. It took me less than 3 minutes from start to finish to set this up (that includes downloading and installing the Assistant). Then, you can access your media from any Windows 7 PC with streaming enabled. 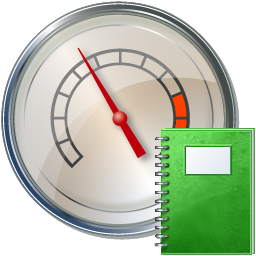 Overall, Windows 7 is a leaner, meaner operating system. Memory usage is much better than in Vista. Search is speedier. USB devices are available faster than you can say “Plug and Play.” Windows 7 wakes up from sleep mode much quicker than previous versions. I definitely noticed a huge jump in the time it takes to get back on the network; it’s now almost instantaneous. I just restarted my PC to see how long it took to start up: ~40 seconds to get to the desktop and ~48 seconds for the complete boot.

Yes, Windows had support for touch screens before Windows 7, but now it’s bigger and better. With a better built-in keyboard, great finger gesture support, and more, using a touchscreen computer is easier than even. One example of this is jump lists: to bring up a just list on a touchscreen, simply press an icon and drag upwards. (This works with a mouse too; and give it a try if you’ve got a laptop with a touchpad!) 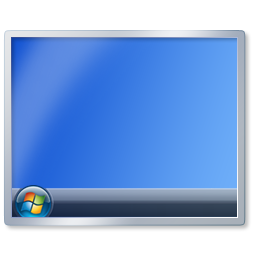 Sometimes the test of an OS is just as much what it doesn’t come with as what it does. No longer does Windows come with things like Movie Maker or Outlook Express. No, Microsoft has decided (at least in this area) and the customer knows best. If you want their software, you can get the Windows Live Essentials pack, or you can go for your own favourites. Also, you can now uninstall Internet Explorer if that will give you a hint of satisfaction.

Search in Windows 7 is much improved, but now you’re no longer limited to your own PC’s (or network’s) content. A new feature called Federated Search allows you to search other websites and servers. Any search engine that returns in an RSS feed can be turned into a search provider. The Windows 7 Forum offers quite a few search providers and shows you how to make a search provider for any website.

Windows 7 comes with many other perks:

Look them up and get excited!

That’s it for Now!

I hope this whirl-wind tour has excited you about Microsoft Windows 7 has revved you up! So what's the verdict? Are you upgrading?